Here is an extract from the Furrow Journal from 2016 while Fr. Martin Shanahan was there.

Much in the news of late, St Patrick’s College, Maynooth is a beautiful place. Beautiful at any time of the year, but especially in summer. Gerard M. Hopkins, the celebrated poet and Jesuit priest penned his great love for Oxford University in a hymn of praise called Duns Scotus’s Oxford. The opening line of that poem is vintage Hopkins: Towery city and branchy between towers. As far as I know (I never had the opportunity of studying there) Maynooth doesn’t have towers but it has spires and steep roofs and Gothic arches, hand-carved altars and pictorial designs in stained glass that make it special. It also has ancient limes and beeches that line the long walk at the back: what generations of priests fondly call the Graf (Grafton Street).

Along with my young Croatian friend, Lucija, I made a short visit to the seminary at dusk one evening last week. I wondered how a young, highly-qualified woman from abroad who reads the paper would react to the national seminary. She loved it. She loved the peace that filled the twilight that evening.

And the students we came across in the elegant St Joseph’s Square were friendly, courteous and dignified. They patiently answered our questions about Maynooth’s proud traditions, its architecture and its natural beauty. ‘And what are those birds making such a racket in that tree? she wanted to know.
Inside we strolled through the wooden corridors. One wall was lined with solemn-looking bishops from old Ireland; on the other, ordination class pieces-cameos in sepia of young men, many now gone to their eternal reward.

Dressed in a white shirt, sleeveless black pullover and black pants, a man came towards us. He had an honest face. The apostles must have been like him – no frills. You could go without fear to him to confess your sins. From Quilty, County Clare, he will be ordained in two years. He had worked for the ESB at Moneypoint power station. Some years ago his dear wife passed away; he has a son at the university across the bridge, he told us.

Lucija wanted to see the chapel. He readily obliged: climbed stairs, unlocked doors, switched on the full lights, explained things; then he shut it all down again. Any parish will be lucky to have him. My friend and I knelt; my prayer was the Maynooth will continue to train fine priests like the Quilty man, who once brought light to his native Clare and will soon bring a brighter light to whomsoever he serves.

Returning to our own lives from a faith perspective, there are often no clear distinctions between inner sensing and believing in regard to the language we use. 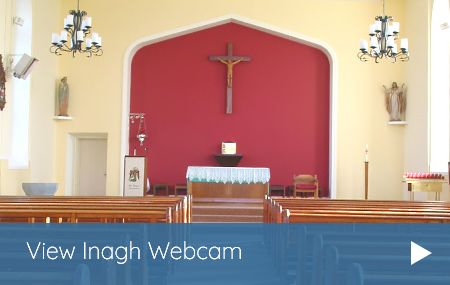 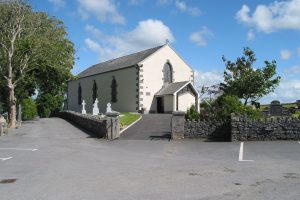